Like many law enforcement agencies, the Bozeman Police Department's Patrol Division is frequently seen as the "backbone" of the department. This division is the largest one in the department, is the most visible on a daily basis, and operates 24 hours a day, every day. 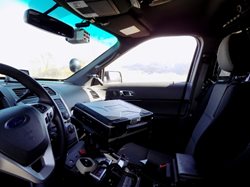 Patrol officers are the first responders to most incidents in Bozeman. They are either dispatched to an incident called into the Gallatin County 9-1-1 Communications Center, or they observe a situation as they are out proactively patrolling the City.

A shift for a patrol officer is never the same as the one before. They respond to every type of call from urgent, dangerous, and life-threatening calls, to requests to have their photos taken with children!

Patrol officers are trained in many different skill sets and undergo mandatory training throughout their careers to keep their skills sharp. Before even becoming a patrol officer, each officer must undergo three weeks of initial training, complete a 12 week session at the Montana Law Enforcement Academy in Helena, and successfully graduate the department’s 14 week Field Training and Evaluation Program. After that, each officer routinely participates in ongoing training to continually improve their skills and knowledge.

Our patrol officers are assigned to a "beat", or division of the City, with the goal of decreasing response times and increasing the ability to proactively police. With the use of Mobile Data Computers and Computer Aided Dispatch, our officers are more effectively dispersed, ensuring coverage across the City. At times, they do cross into other beats to handle high priority calls or back up other officers in high-risk situations.

Aside from just patrolling in a patrol car, our patrol officers patrol on foot, ride bicycles, ride motorcycles,

Our patrol officers have a strong commitment to proactive policing, crime prevention, and working with the community to keep Bozeman the most livable place.

The Bicycle Patrol Unit primarily focuses on areas such as the downtown business district, city parks, alleys, trails, and other areas not as accessible for a patrol car. Bicycle officers also focus their time on bicycle traffic throughout the city, enforcing traffic laws as they relate to bicycles, and assisting with enforcement of animal regulations at parks and trails. During non-busy times, our officers can be found conducting property checks of commercial and public property. Depending on the weather, bicycle officers can ride as early as March and as late as December.

Bicycle officers often participate in community events such as parades, the Sweet Pea Festival, bike rodeos, and fitting bicycle helmets for children. Each officer who wishes to be a bicycle patrol officer must successfully complete a strenuous, specialized training in nutrition and fitness, bicycle injuries, bicycle maintenance, and riding a bicycle on places other than paved roads, such as dirt trails, sidewalks and stairways.

The Bozeman Police Department is proud to have formed an Honor Guard to give due honors to the flag of our fallen brothers and sisters of law enforcement.

The mission of the Bozeman Police Department Honor Guard is to serve the police department and the community through honoring past and present police officers for their dedication and service to our community. 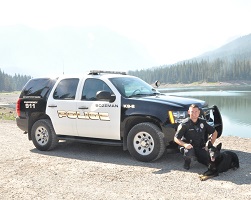 Over the past few years, the Bozeman Police Department K-9's have contributed immensely to solving and deterring crime in Bozeman. We currently have two K-9 Officers. The officers and their K-9's routinely assist in drug searches, building searches, and tracks. Our K-9 program's experience and success is well-known and is utilized by the Montana Highway Patrol, Gallatin County Sheriff's Office, Montana State University Police Department, and Belgrade Police Department.

A K-9 officer faces a busy schedule. In addition to handling calls, the officer also needs to constantly train and maintain their K-9 partners. A K-9 needs 10-15 hours per week of continual training to keep their skills at the highest levels. Baths, runs, and vet visits keep the K9 officer busy. Most of the time these things are done during the officer's day off. The K-9's live with their partners and a true bond is developed between them. 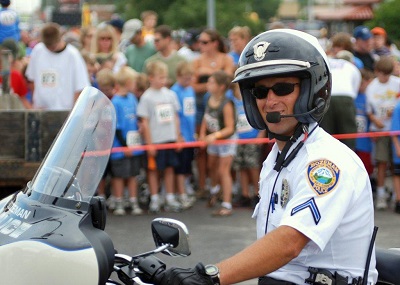 The primary duties of the motorcycle patrol officer are traffic complaint enforcement, high congestion traffic control and enforcement, crash reduction enforcement, and traffic escorts, such as parades and other special events.

The goal of the Special Response Team (SRT) is to provide for the safety and protection of the people it serves by providing a highly coordinated efficient response, directed toward concluding extraordinary or critical incidents in the safest manner possible.

SRT's primary mission is to save lives. The team responds to critical incidents that may exceed the capabilities of patrol units such as armed, barricaded suspects, hostage situations, and high risk warrant service.

The SRT is comprised of experienced officers from both the Bozeman Police Department and the Gallatin County Sheriff's Office. Members of the SRT have all completed a rigorous testing process and train on a regular basis. Aside from the Primary SWAT training at the Montana Law Enforcement Academy, SRT members receive advanced training in specialized areas that may pertain to specific assignments such as marksman/observer, hostage negotiations, entry breaching, less-lethal munitions, chemical agents, and other areas as needed.

The SRT is an important asset to the police department and the community of Bozeman. Without this resource, our community would be dependent on teams from other distant cities for response to critical incidents.